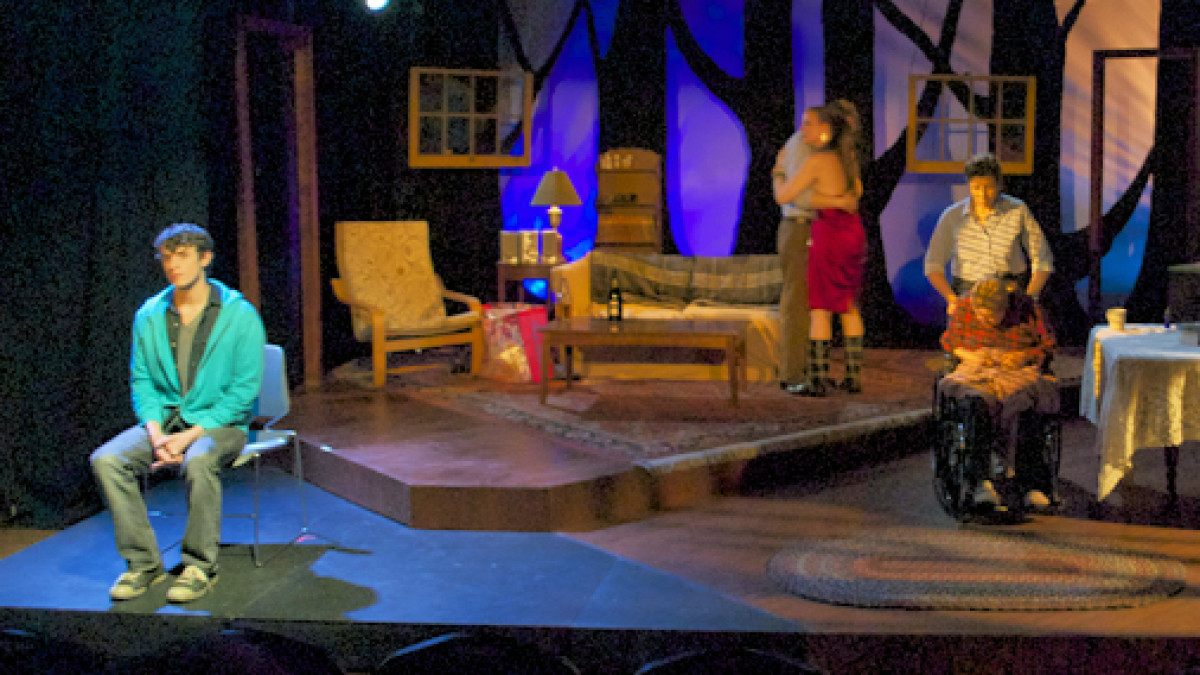 How using the energetic qualities can create stronger characters on stage.

A fieldwork project from the Five Wisdoms Institute,
by Machteld Vos de Wael

View
As a director for amateur theatre groups I work with actors and their characters. Each one of them brings her own constellation of qualities into play rehearsing. When I prepare the play, long time before rehearsals start, I try to get an idea about the characters: who are they, what clothes do they wear, how do they interact with the other characters, where are they from, what emotions do they show, or hide, and what are their opinions and judgments etc. A lot of the information about the main characters I can get from the script. The missing information I bring in myself, thinking of what is most logical, most fitting. For the characters with not much detail I do the same, sometimes I have to ‘invent’ their character.

Where the five wisdoms come into the play
I thought it might be useful to get to know the energetic qualities of the actors and of the characters they are playing. By comparing the two constellations, the person and the role, I get some tools I can use when I’m directing.

At first, when I’m making a character biography for someone, who is – bases on the play as I see it – mainly a neurotic vajra, I can complete the list of facts about him using, a typical vajra BSM list. In fact I’m using BSMQA the other way round: first I decide on the Qualities, after that I build him a character that is compatible with Body, Speech, Mind and Action, and of course it also fits with the facts of the play.

During rehearsals it is good to know how the qualities of the actor are different from the qualities of her character. To make a padma actor perform a vajra character I can for instance start by asking her to wear typical vaira outfit. (The idea makes me smile, knowing that padma’s see the performance as an opportunity to buy new clothes, they want to show on stage.)
When an actor is energetically much the same as her character, but may be not on the scale from neurosis to wisdom, she might learn from it by becoming aware of her own constellation. If this happens, it will be her own experience that make things happen, not me by telling her so.
When an actor is quite different form his character, I don’t expect him to see it right away. He will probably start saying his lines in a way he would say them himself. Step by step, using BSMQA, I can lead him to a different personality concept. Sometimes, when the difference between their role and themselves is obvious, they might make a caricature of it, playing to ‘big’. Then it is my job to help them see the nuances and take it serious.

Facts on this project:
Play to be rehearsed: The Shadowbox, by Michael Cristoffer
Company: Toneelgroep Mare, in the village of Bennekom, near Wageningen
Rehearsals start: September 2, 2015
Pre-rehearsel gatherings for an introduction on the theme of the play in June and August.
Performances: March 10 and 11, 2016 in Theatre ‘Cultura’ in Ede

Practice and experience
The theme of the play is about how relatives cope with a dying loved one. Not an easy subject for amateur actors. I needed to know their personal experience with dying friends and relatives, because it can get to close for them. So I did some exercises to prepare them. Especially with a difficult theme like this it is most important that the actor doesn’t get lost in his character.

To get to know the energetic constellation of the actor, I used to five modes technique as a preparation, to get a first idea.

I did the following exercise with the actors : I asked them to think of an object, very dear to them, an object they never want to loose. After each of them explained about the object, my next question was: how will you do it, when you really have to let it go, thus creating a stressful situation. The constellation became surprisingly clear:
There were four main reactions:
All the padma’s created a ritual, connecting for the last time, looking for ways to memorize this goodbye as good as possible.
The ratna’s gave their objects away to someone who might need it, and wanted to bring it themselves.
The karma’s wanted to get over with it as soon as possible: “I’ll tear that teddy bear apart and burn it.”
Both vajra’s were very clever about it. They came with the idea to bury it in a protecting box, with a note, for future archeologists.
There were no Buddha- answers.
I think it worked so well, because I created a stressful situation. I suppose people, in such a situation, really fall back to there primal energy.

In the next exercise I created five spots on the floor, each presenting one of the wisdoms. I explained these as different personality types. My question was: “Where does your character stand, and why do you think so?” Some choose one wisdom, some two.

Next question was “How does your character’s personality differ from your own?” This was a moment of insight. Most of the (amateur) actors just project their own personality on their character.

One of the female characters discovered her mask energy. She suddenly shouted out: “I’m playing my pitfall!”, meaning that she goes from padma to karma in each stressfull situation. Then she asked herself if her character – that she first recognized as dominant karma- might be doing the same. That brought suddenly depth to her character. She played the role of a young girl who didn’t know yet that her father was dying from cancer. None of the parents could tell her. Now she realized that her problem was not the ‘not-knowing’ but instead of that ‘feeling that there was something terribly wrong, but not being able to talk about it: coping with her loneliness by getting very ADHD. Then I could ask her about the connection with her own life: not being able to say goodbye to her own real-life father when he suddenly died. She was glowing with excitement with this discovery.

A few weeks later, after the actors studied their role thoroughly – I hoped – I did a similar exercise. Again I created five spots on the floor. Standing at each spot I described a room, how it was furnished, the atmosphere, what was to be seen out of the window, the music that could be heard etc. This way all the wisdoms came to live in five different environments. I then asked the actors to go to the room that fitted their role. Of course I wanted to know why they choose so and if this room was different from the room they would choose for themselves.

Some highlights:
One actor, playing a typical academic, was standing in the Buddha room. This to the surprise of the other actors and myself. He said he knew that the Blue room was more academic but he emphasized the part of his role in being very accepting to everyone, even to his situation being a terminally ill patient. This gave depth to his role: an extra layer under his character, making him more vulnerable to the public.
An older man, in his seventies but just starting acting as a hobby, told me he couldn’t see himself in an environment different from his own, so he had chosen the Ratna-room that he recognized as the atmosphere he had been happy with, all his life. Hearing that , I decided to help him fit his role to his own personality. He was playing a psychologist, so I told him he was probably working with groups, having a strong urge to make everyone feel comfortable, and I asked him to develop his part from that point of view.

In another exercise I took a walk around the room with each actor who played the role of a dying character. Together we worked out a fantasy of the situation that they told their partner about their illness. We made the scene come to life by inviting the other character to play along. The purpose of this is to create a shared memory of the characters past.

Thanks to the earlier exercises in which I separated the actor and the role, using the five wisdoms, I could intervene when I noticed that they projected their own home, or their own way of coping on their character.

E.g. One woman played that she heard the bad news at the doctors office, while she was accompanied by het daughter. Her character is quite rude and hot-tempered, but the actor played grief when her ‘daughter’ tried to comfort her. She played padma, like she is herself, not the karma I see in her role: mistrusting, a hard worker all her life. I could easily remind her that the way she acted was not her character, and she could change in an instant.

After almost two month rehearsing I use the five wisdoms mostly in my interventions e.g.:

1. I gave each actor a dilemma as a central theme for his or her role. With this dilemma I tried to push them in the right energy. Like: “You’ve always been the strong an reliable man in the family, but now you are dying, you long for being comforted, loved and cared for, while your wife and daughter cling on to the protective and manly figure you always were.” (getting him in the padma energy)
or
“You are fighting death by obsessive publishing, trying to leave your marks on the earth, but in the end you only want to dance with the love you once lost” (in the play the typical vajra regrets his lack of padma-qualities)

2. Sometimes I ask all the actors to answer simple questions like: “What is your biggest frustration”, “How does your personality evolve during this play,” or “Tell me about your friends.” This way I can check if they are in accord with their character’s energy and help them to deepen their role.

Exercises like these prove to be even more useful then I had expected. It opened my eyes to the fact that amateur actors strongly tend to put their own personality in their role, with their own morals, and even their own environment. E.g. I asked one of the actors to improvise a scene of his characters past and I saw him describing his own bedroom. (Lots of laughter, because then then I had to explain how I knew). Or a young mother: she described how her character helped her children to school and waved her husband goodbye, going to work – while she was playing a hooker. It just didn’t fit her morals.

Using exercises based on the five wisdoms helps the amateur actors realize that there can be a huge gap between their own way to look at their world, and the way their character sees it. More than talent, this might be the biggest difference between amateur and professional actors. Having done these exercises it makes it easy for me as a director, to remind them during rehearsals, without much explanation. It gives me a great tool to work with.